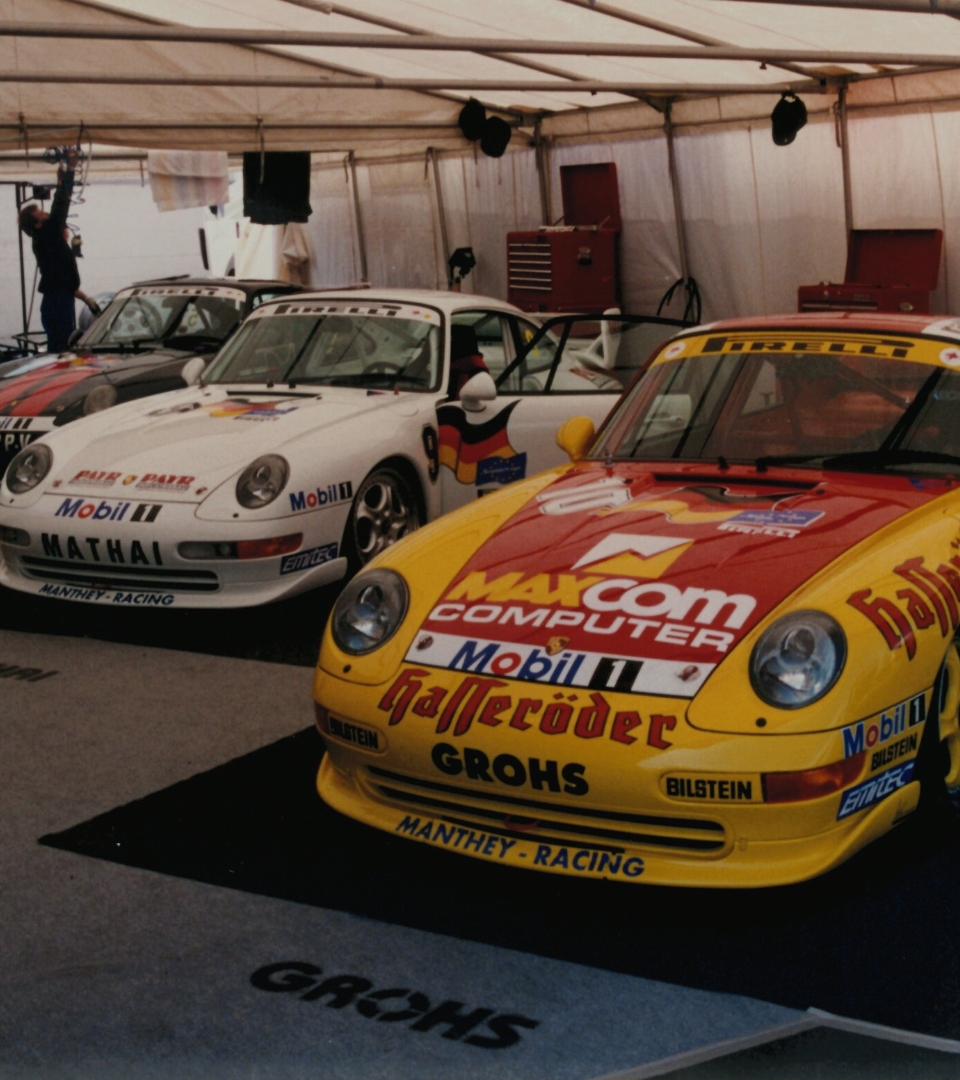 THE BEGINNINGS OF A SUCCESS STORY

Racing driver Olaf Manthey founds his company Manthey-Racing GmbH and his team competes for the first time in the Porsche Supercup.

THE START OF A WINNING STREAK

Manthey-Racing claims its first victory in the second Porsche Supercup season, signalling the start of a winning streak which remains unbeaten in the one-make premier racing cup to this day: with Dutch driver Patrick Huisman at the wheel, the team has won the driver and team classification an impressive four consecutive times. 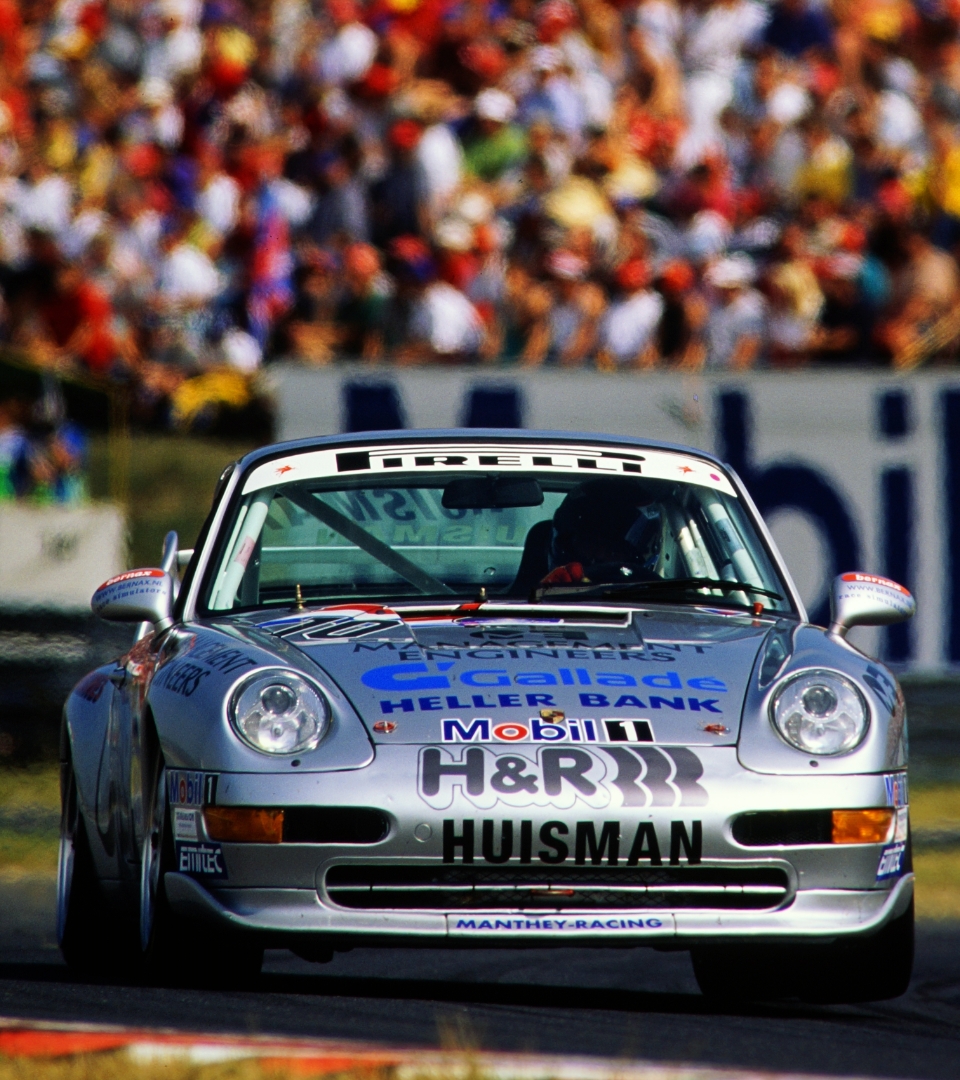 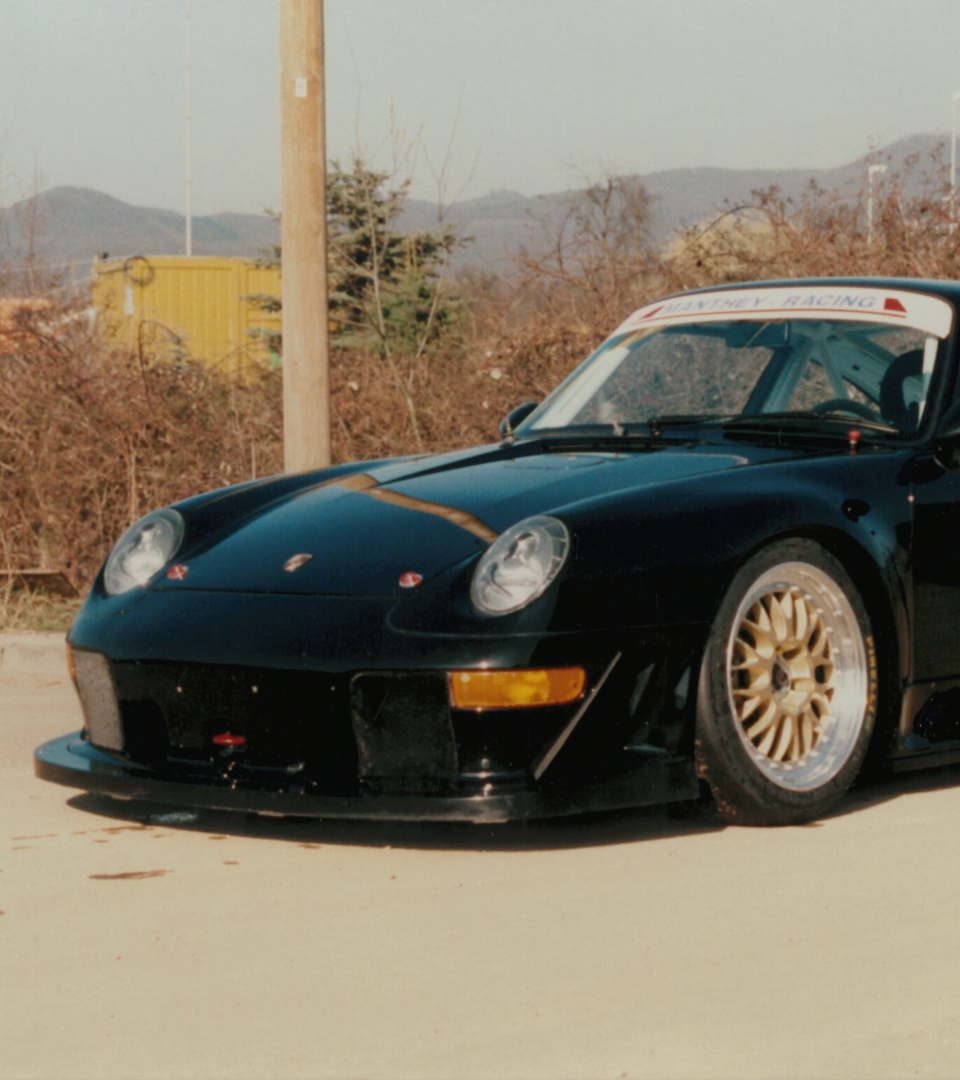 THE FIRST VICTORY FOR THE MANTHEY-RACING BRAND

Manthey-Racing celebrates its first victory at a VLN race on the Nürburgring Nordschleife. The over 50 titles that followed have taken the team to the top of the overall winners list. 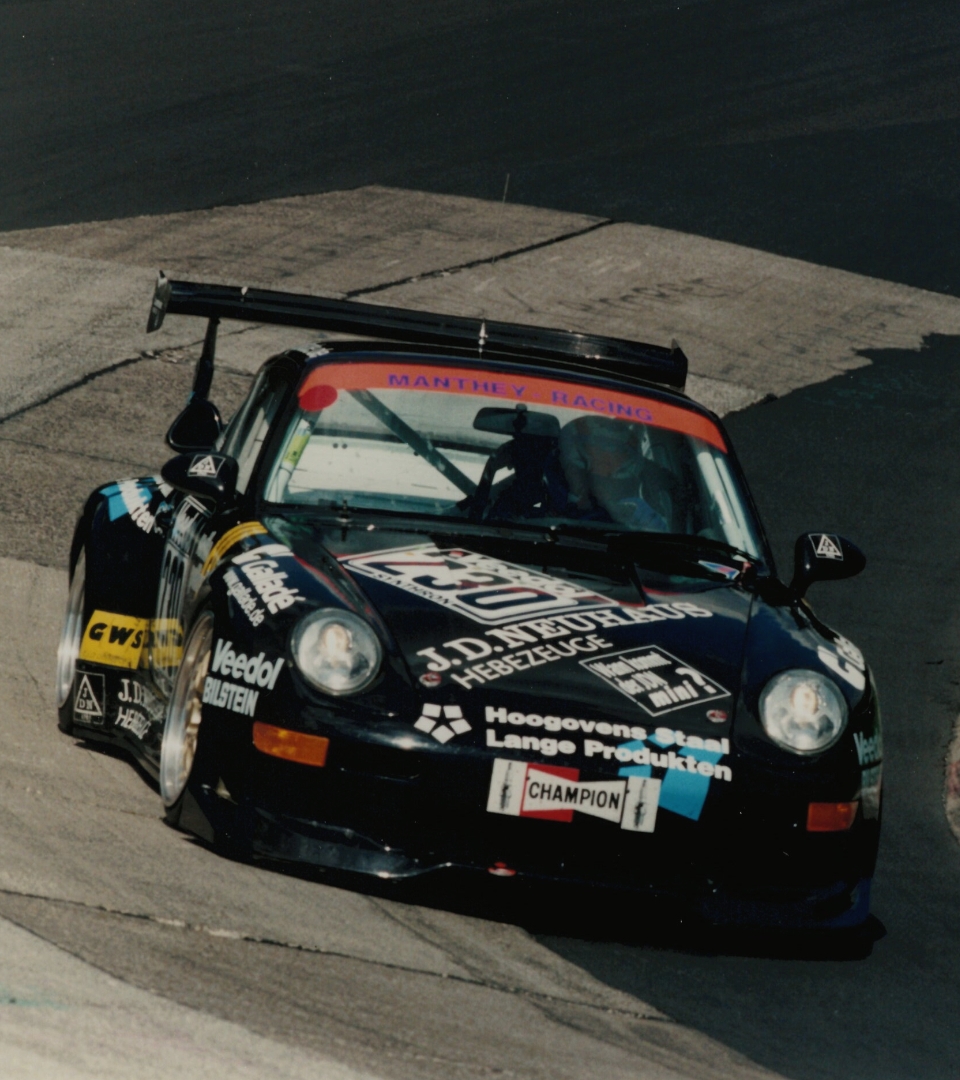 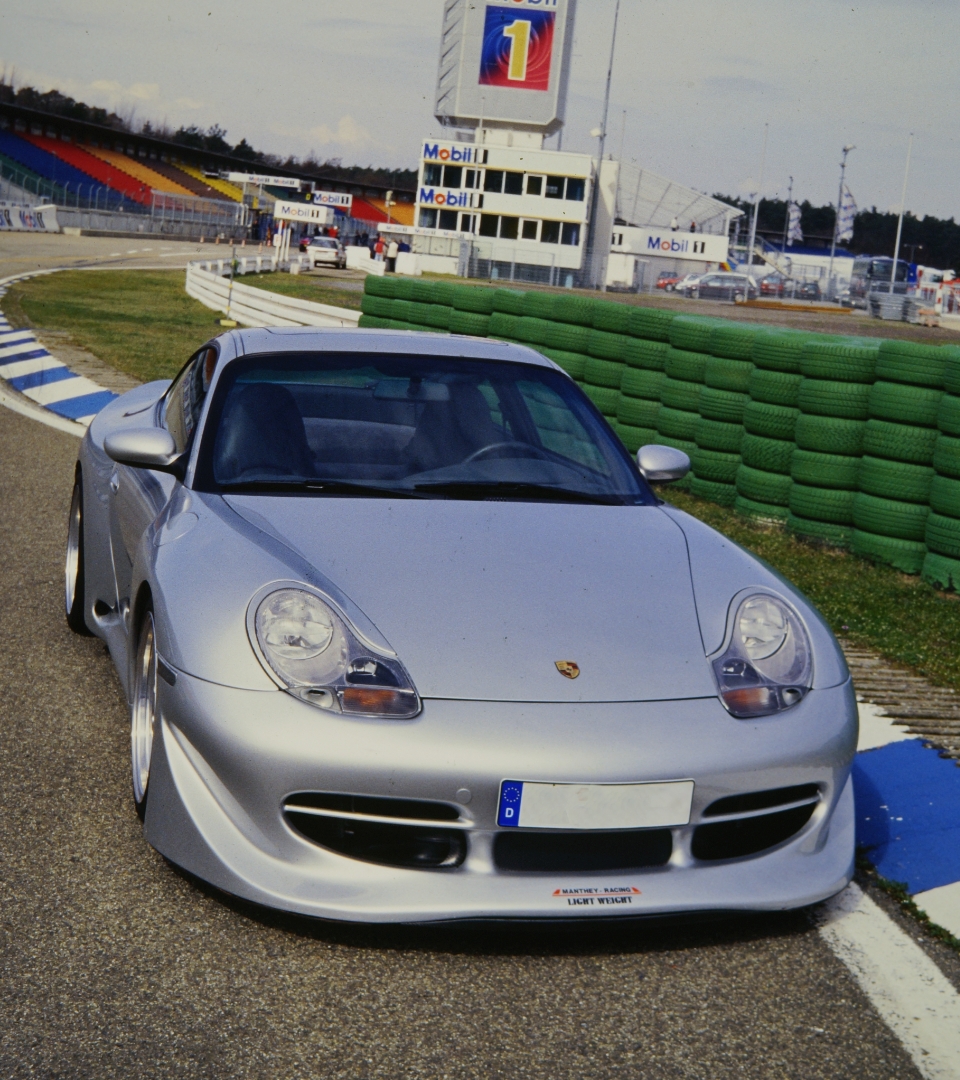 Manthey-Racing adapts a road-legal Porsche sports car using a model car to create the first MR road car, which is still owned by the brain behind the idea Norbert Weber. At the same time, Manthey-Racing also converts a Porsche 996 for use as a racing car.

TRIUMPHANT DEBUT AT THE 24 HOURS OF LE MANS

Manthey-Racing gets off to a flying start at its debut 24 Hours of Le Mans by clinching victory in the GT class with a 996 generation Porsche 911 GT3-R. 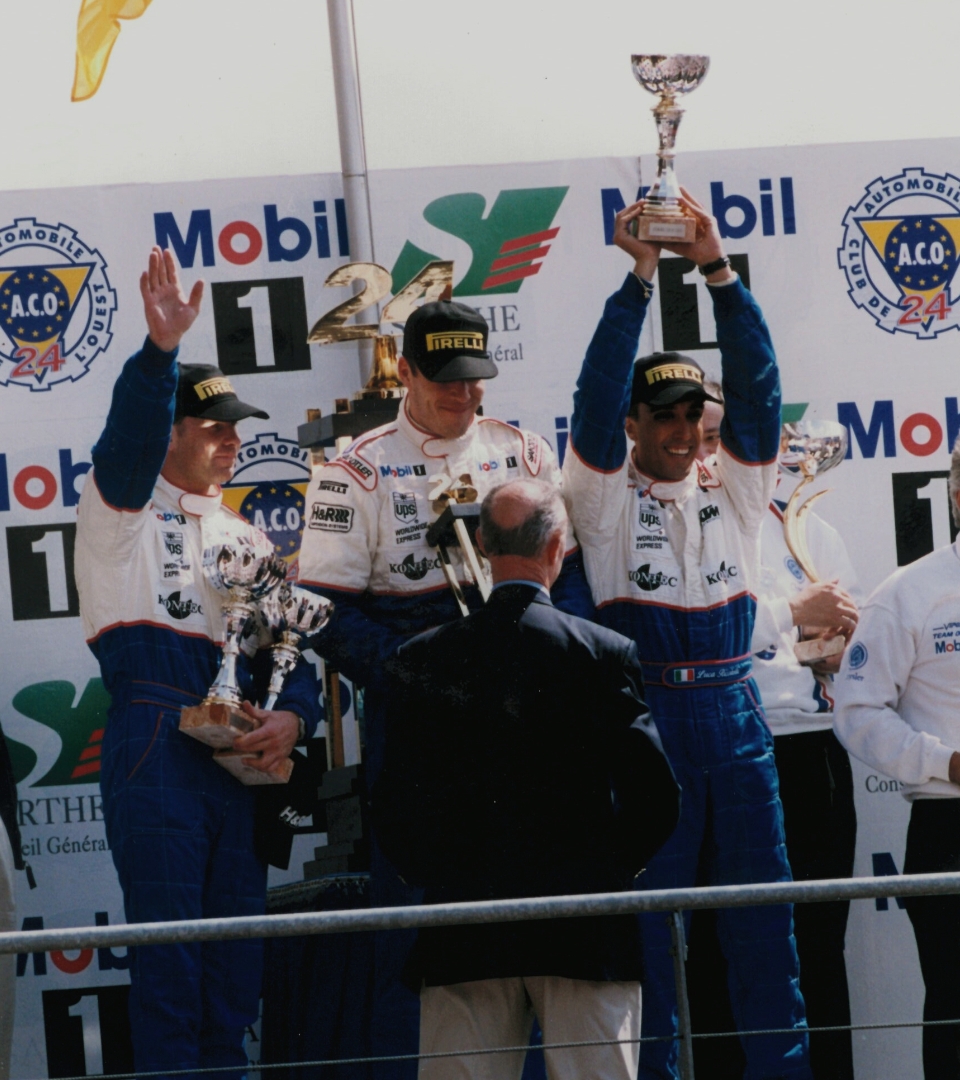 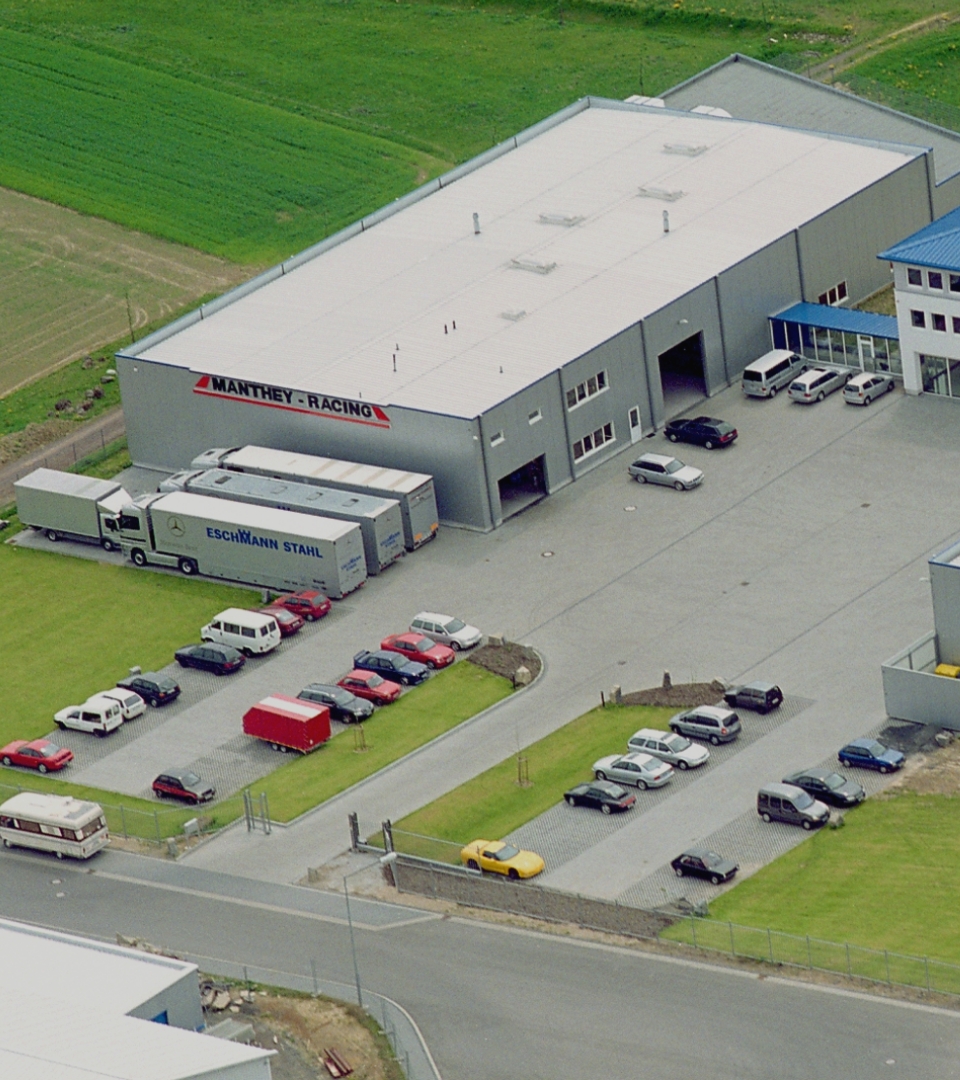 The company moves from Rheinbreitbach to the industrial region of Meuspath, right next to the Nürburgring. 21 years later, more than 200 employees are now working in five different buildings.

Company founder Olaf Manthey, the moustachioed Bonn native, completed his final race as a professional driver on 8 October 2005. Accompanied by Timo Bernhard, he drove his 911 GT3 MR to an impressive first place in the DMV 250-mile race on the Nürburgring Nordschleife. With 30 overall victories under his belt, Olaf Manthey remains the most successful driver in VLN’s history. 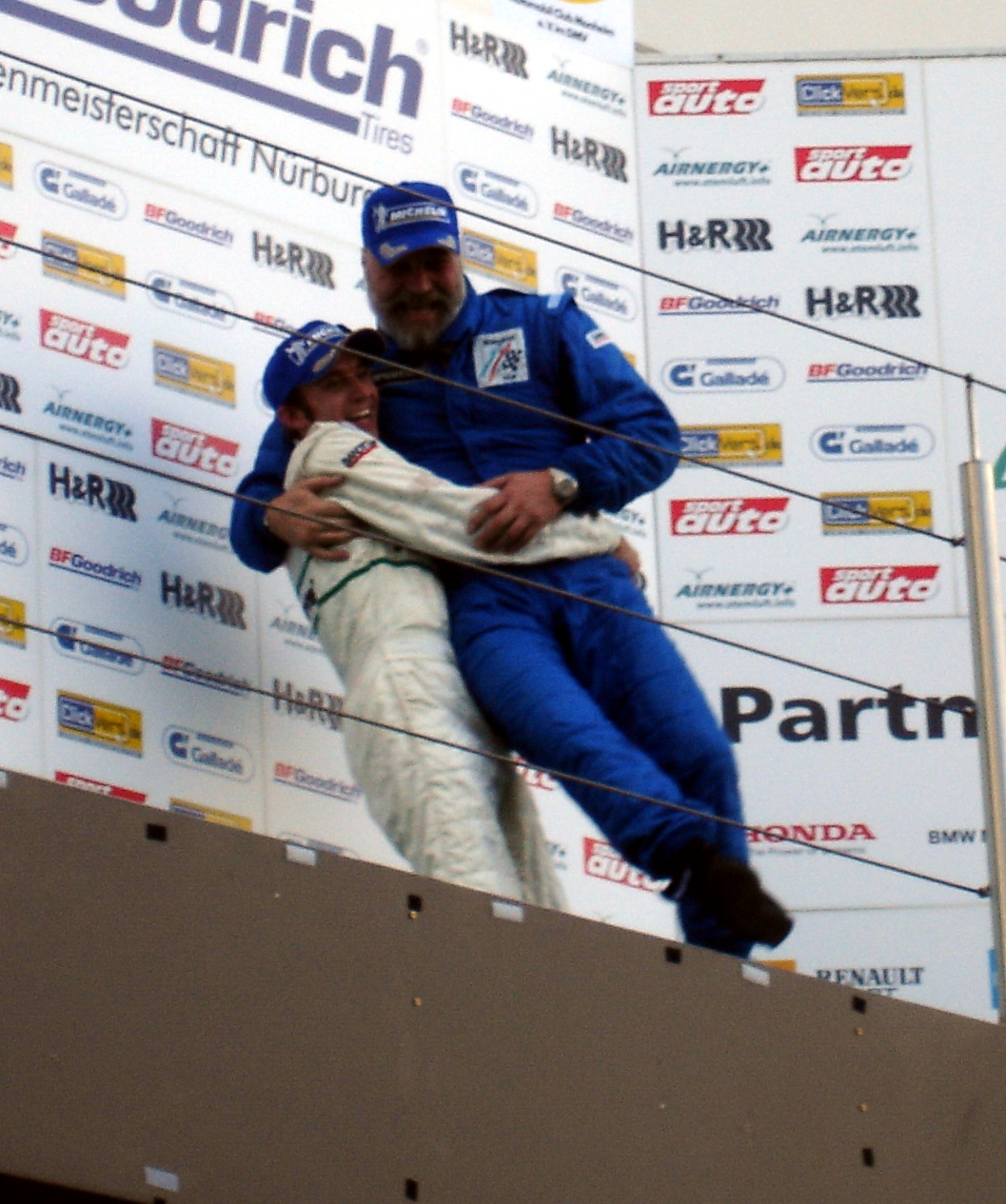 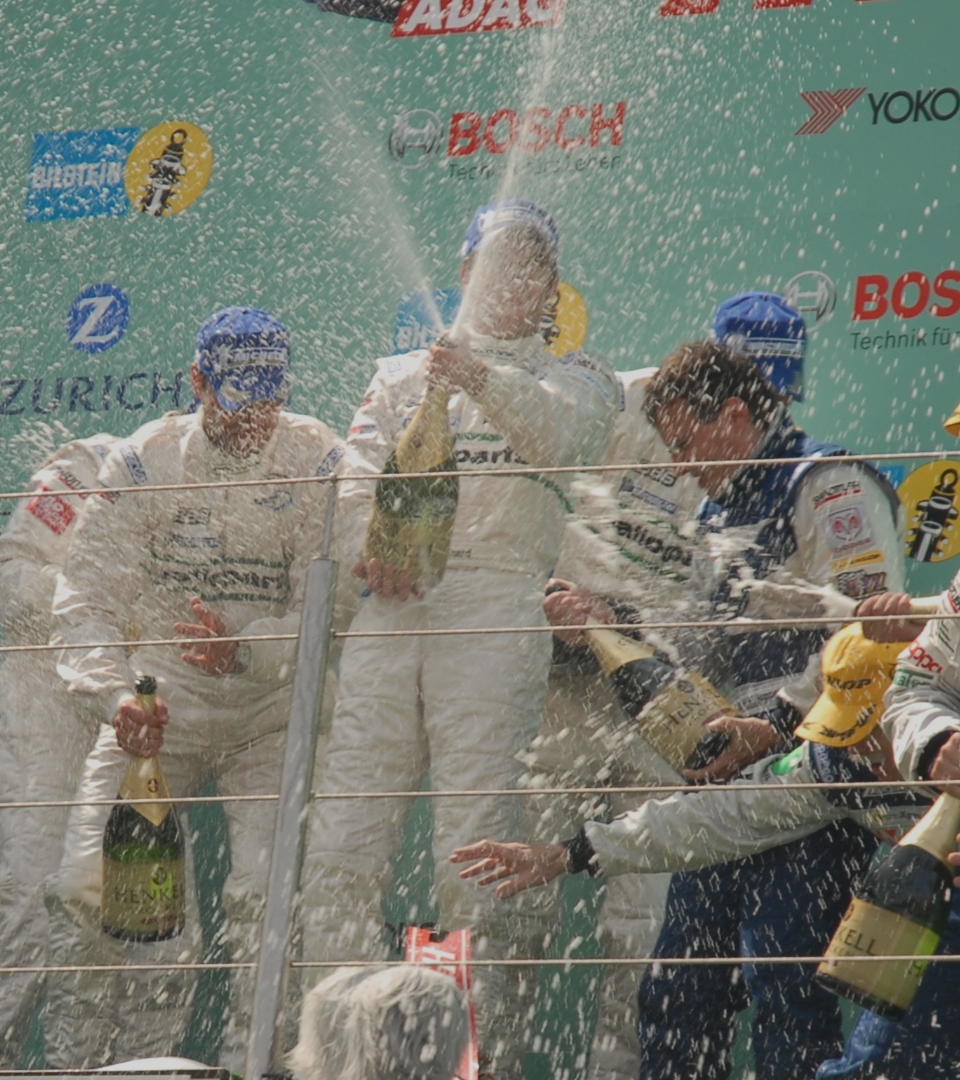 911 GT3-MR BREAKTHROUGH ON THE HOME TRACK

After the endeavour of the past three years ended in failure, Manthey-Racing secures a breakthrough with a yellow-green 911 GT3-MR at the 24-Hour Nürburgring race. More victories followed in 2007, 2008 and 2009 with the 911 GT3 RSR, affectionately known as the ‘Dicke’ (‘the chunky one’).

Racing an oddity to victory at the Nürburgring 24 Hours

The team achieved its fifth overall victory at the Nürburgring 24 Hours with a 911 GT3 RSR-MR. Oddly enough, the car was a 2008 Porsche test vehicle with more than 48,000 kilometres on its odometer. Manthey-Racing rebuilt it in Meuspath specifically for this race. 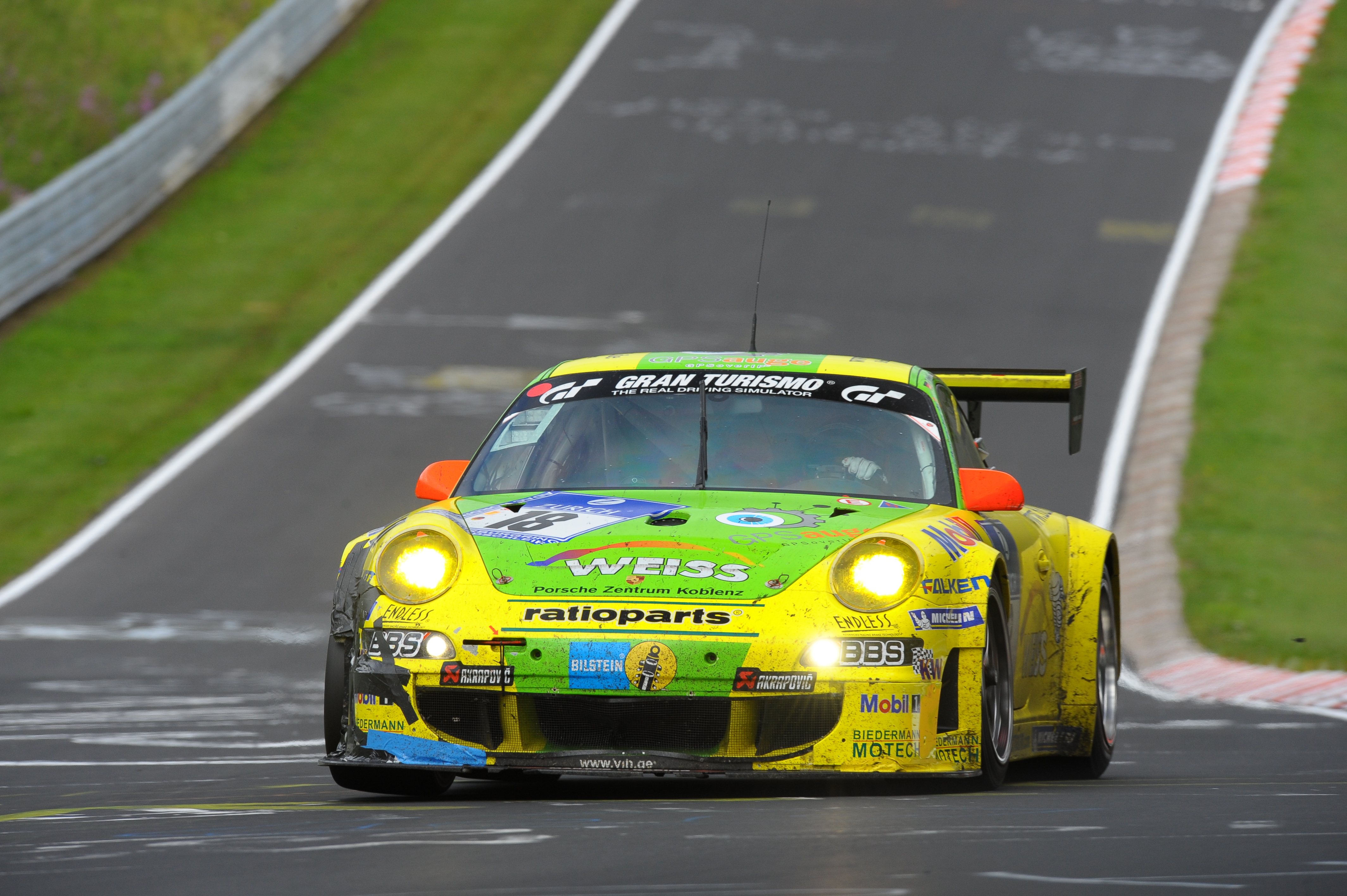 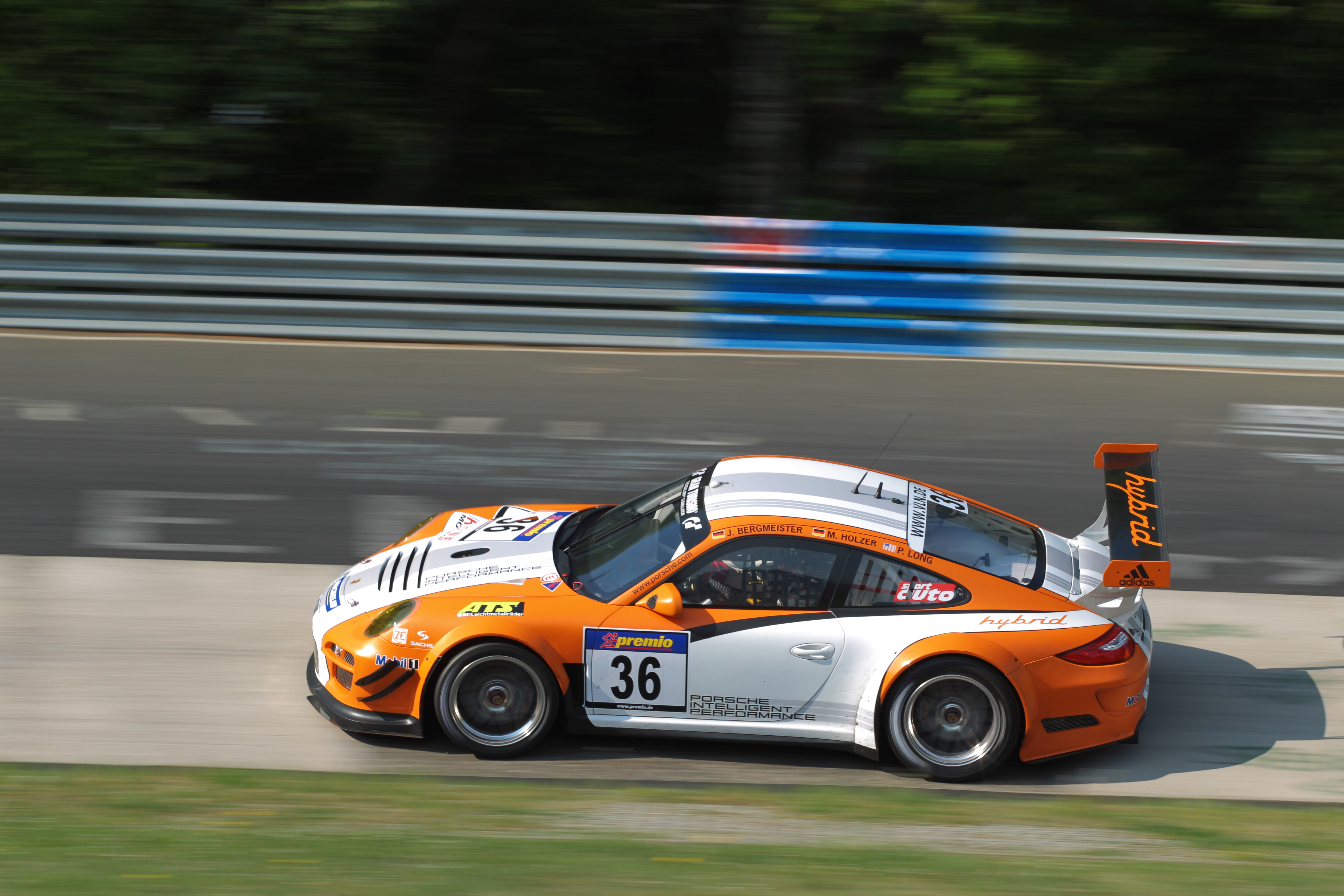 A hybrid race car first drove to a VLN overall victory on the Nürburgring Nordschleife in May 2011. Marco Holzer, Patrick Long and Richard Lietz drove the Porsche 911 GT3 R Hybrid, which was operated jointly by Porsche and Manthey-Racing.

When Raeder Motorsport won first place overall with its Audi TTRS at the VLN 6-hour race, Olaf Manthey was first in line with congratulations. The Raeder brothers’ mum then surprised everybody by writing to thank Olaf Manthey and let him know how much his praise meant to her sons. Her heartfelt words were instrumental in forging the bond which would ultimately lead to the merger between Manthey-Racing and Raeder Motorsport. 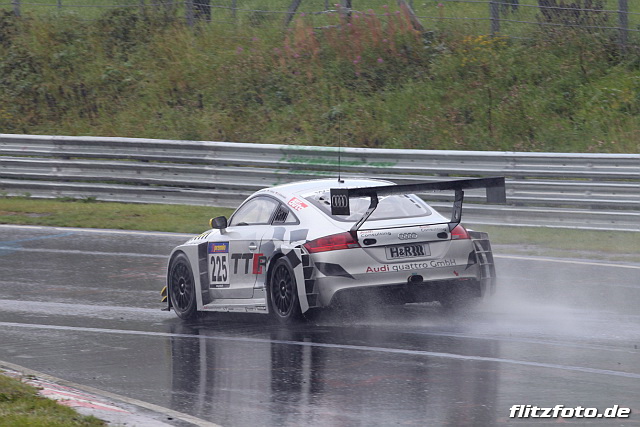 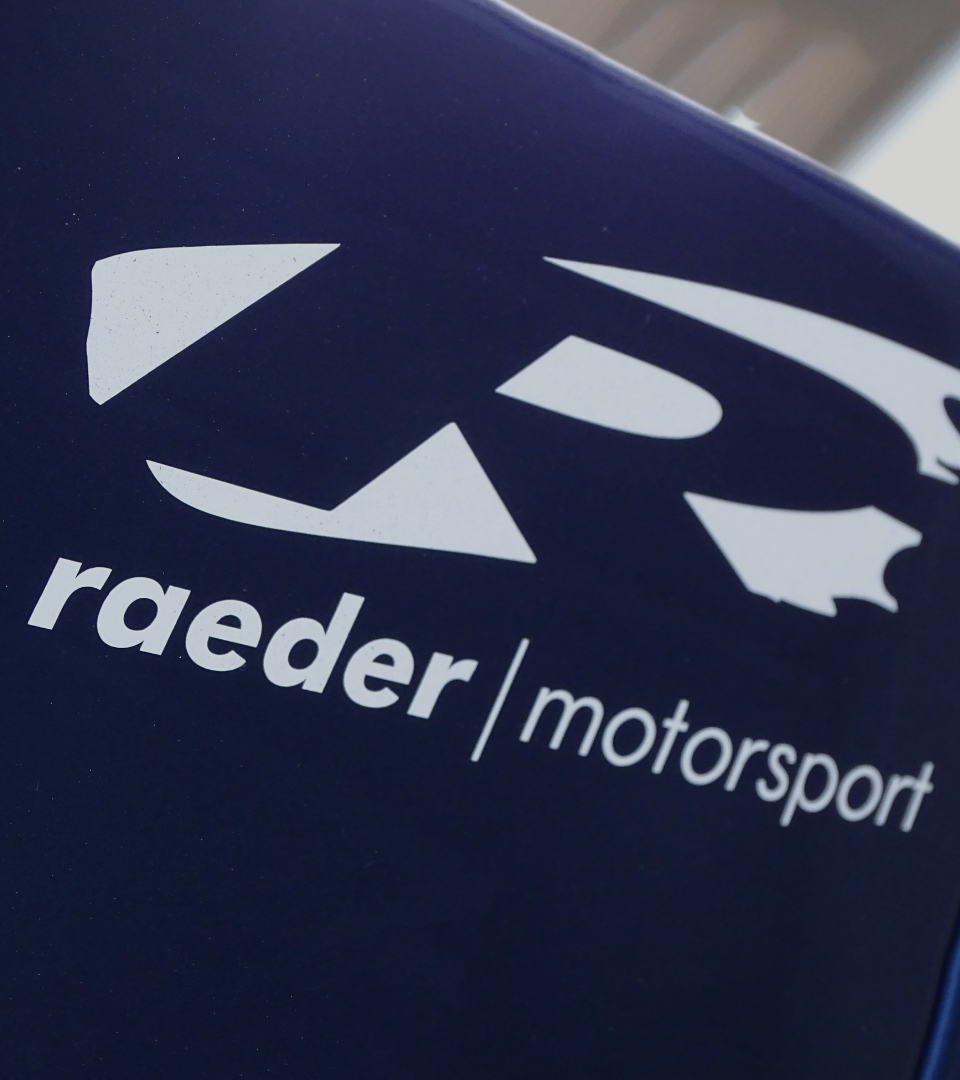 Manthey-Racing GmbH and Raeder Automotive GmbH merge to build a successor for Olaf Manthey and to pool and develop the two companies’ expertise.

Porsche AG acquires 51% of the company shares. The two companies have continued to work closely together from then on and their collaboration now includes many new business sectors. 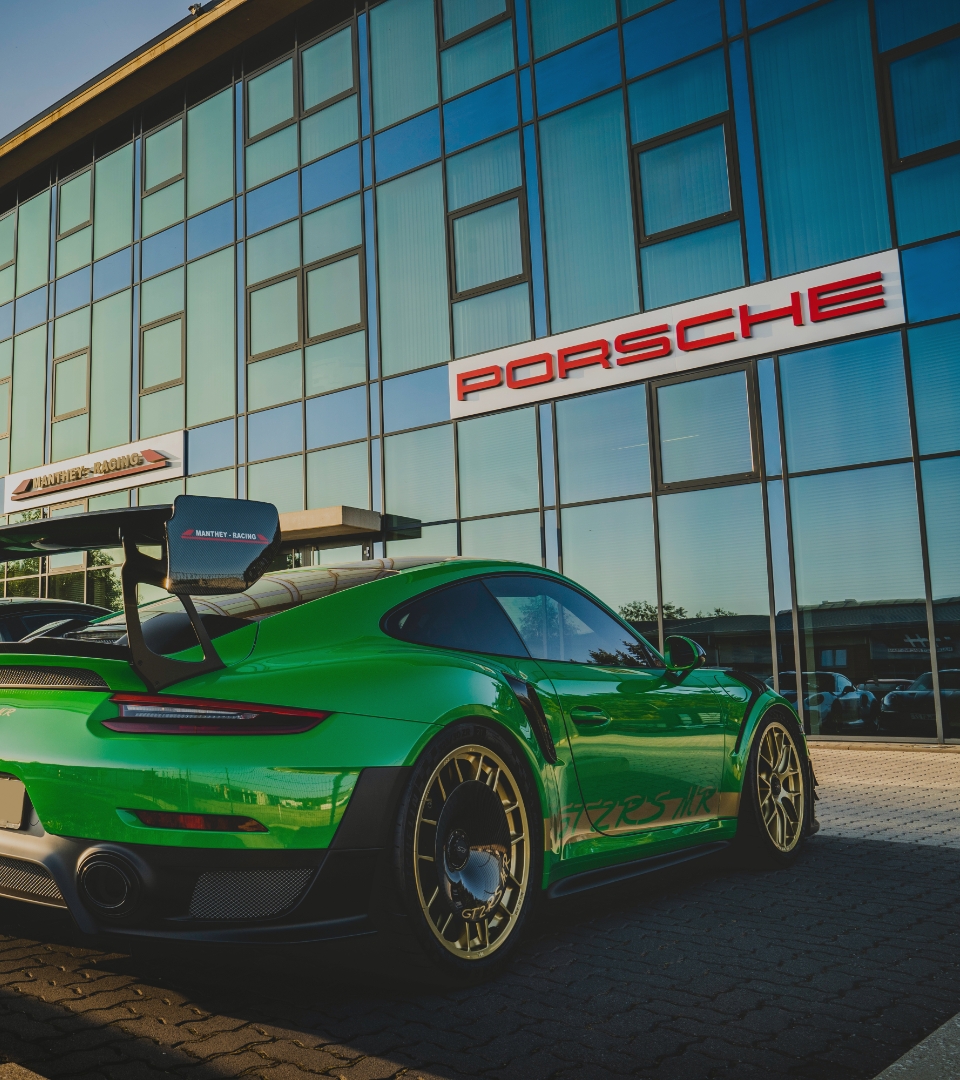 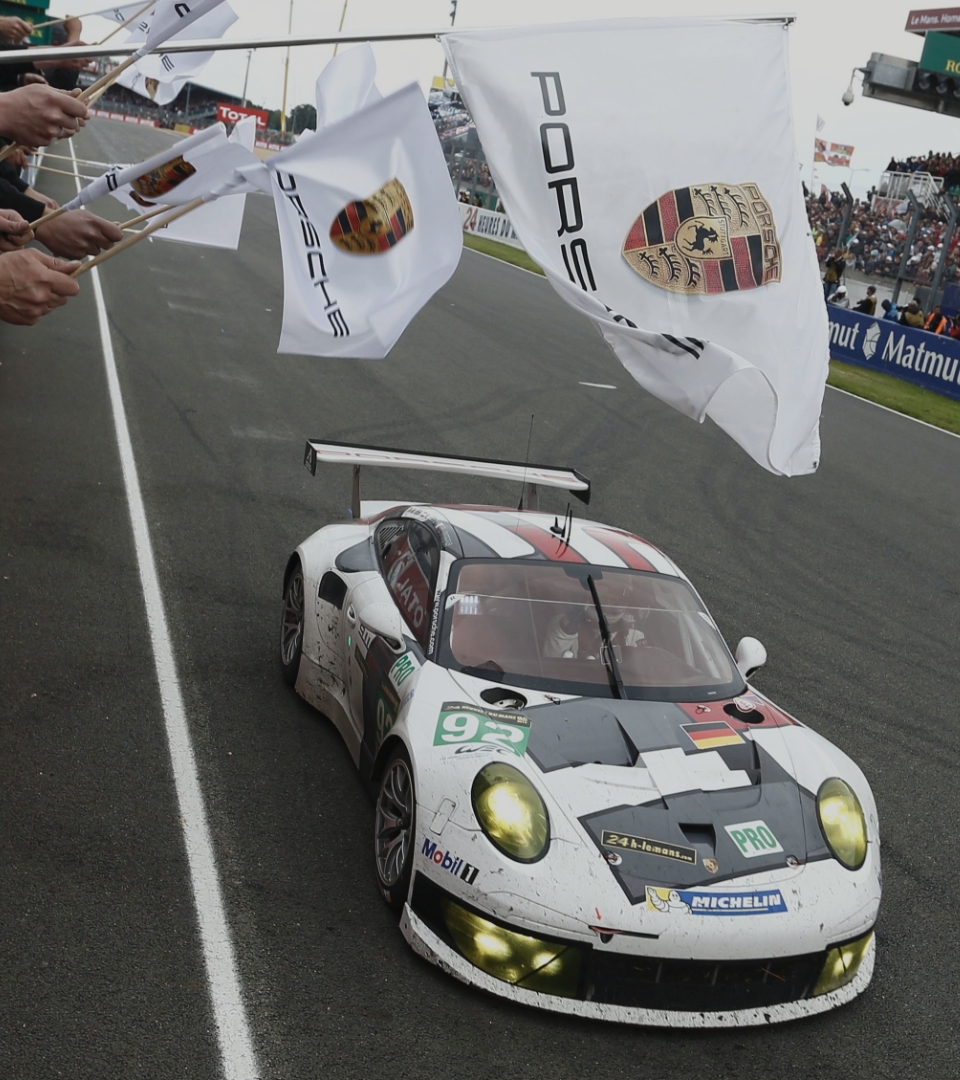 Manthey-Racing supports Porsche’s GT factory entries in the World Endurance Championship, and secures another class victory at Le Mans with the 911 RSR in the first year. In 2015, the Manthey-Racing and Porsche partnership won all of the WEC titles in the GTE Pro classification, and pulled off the same feat at the 2018/2019 ‘Super Season’, where they brought home a third Le Mans victory with a double win.

After a 91-minute sprint, Richard Lietz, Patrick Pilet, Frédéric Makowiecki and Nick Tandy secure Manthey-Racing’s sixth 24-hour overall victory in the 46th season of this classic Nürburgring endurance race, making Manthey-Racing the most successful team at this event to date. 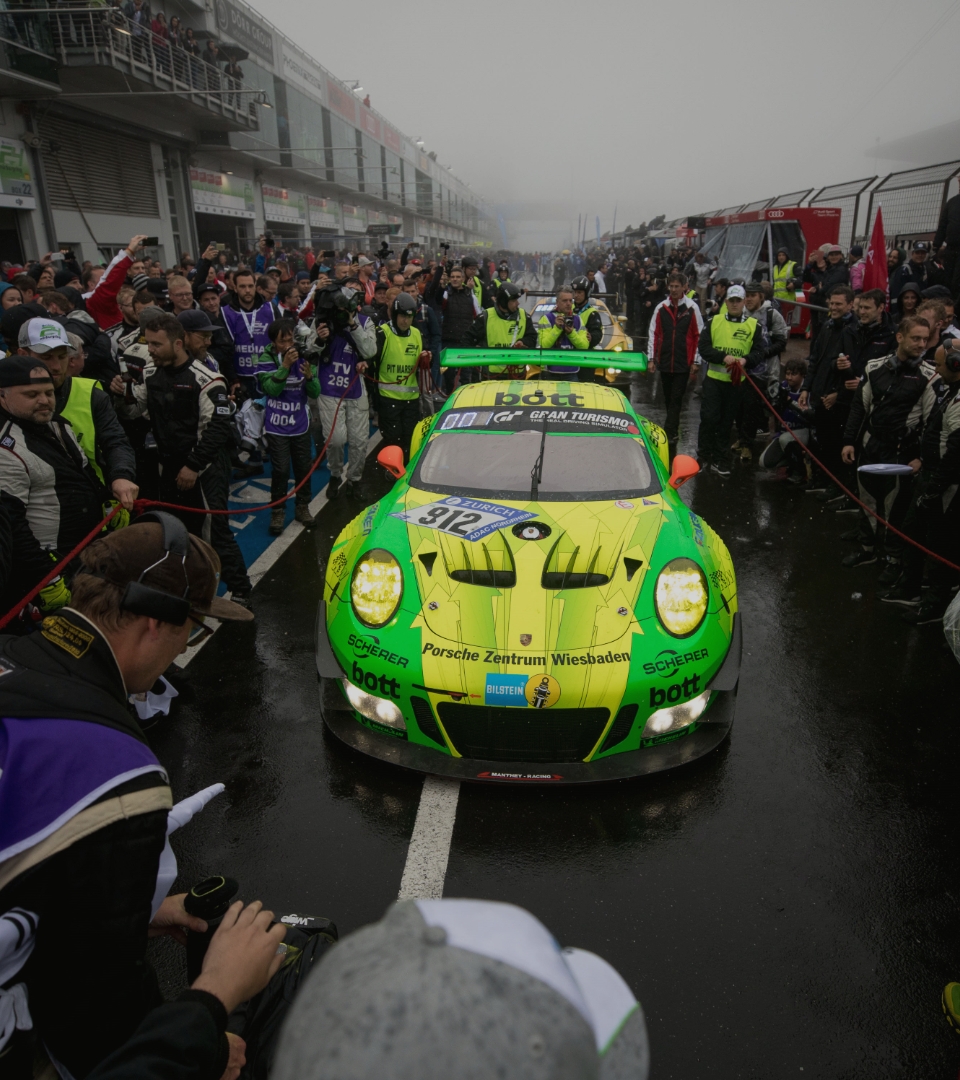 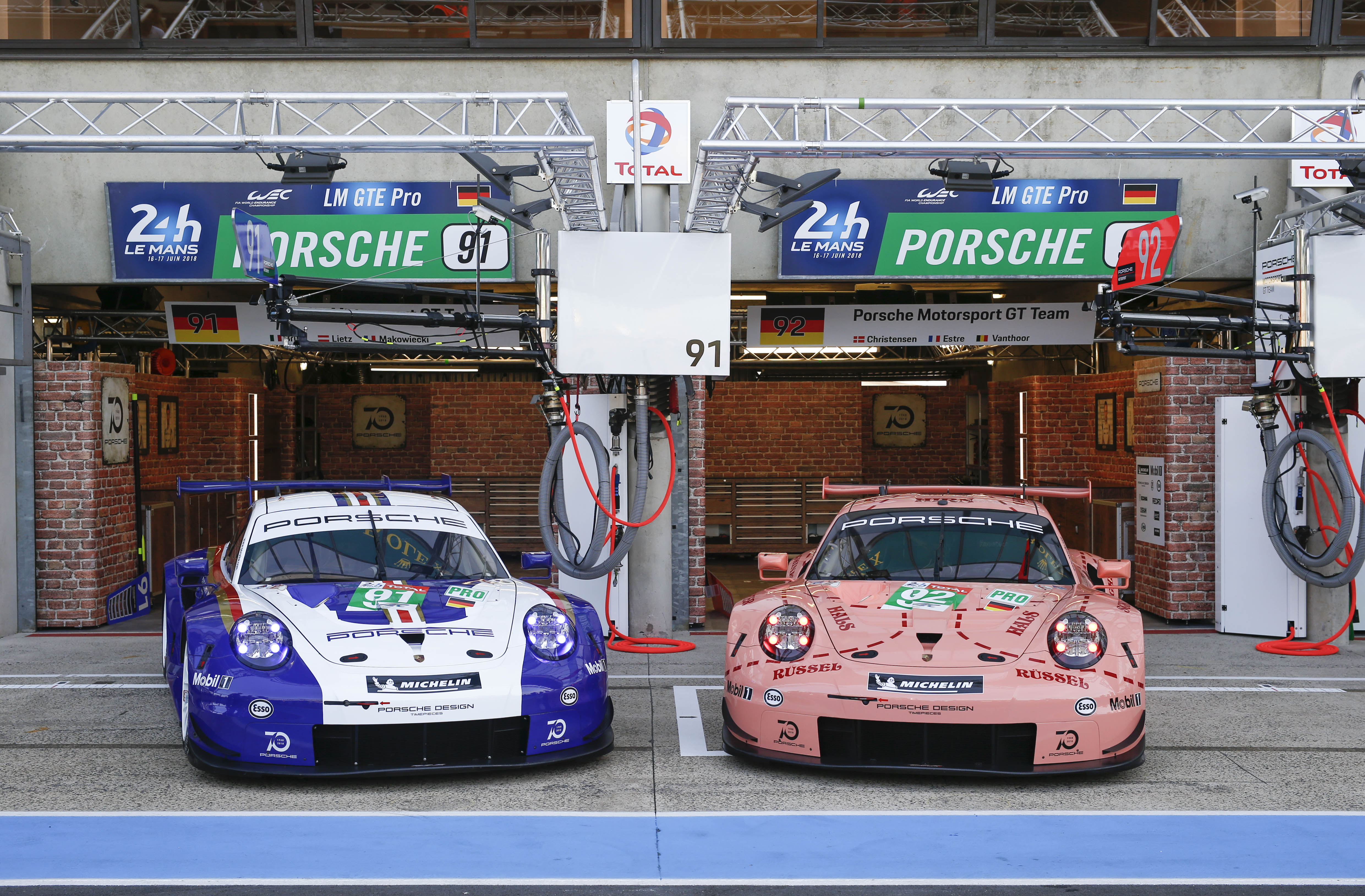 Nicely in keeping with the spirit of the ‘70 years of Porsche Sports Cars’ anniversary year, the Porsche GT Team brought home a double win in the GTE Pro Class at the 86th running of the 24 Hours of Le Mans. In honour of this anniversary, the Porsche works cars with starting numbers 91 and 92 entered the race decorated in the traditional Le Mans livery from the 1970s and ’80s. After completing 344 laps, the Porsche 911 RSR (number 92) was the first to cross the finish line in this classic endurance race. Number 91 came in second place, perfecting Porsche’s double victory in the GTE Pro Class.

BEST TIME IN A MR CAR

With test driver Lars Kern at the wheel, the MR version of the Porsche 911 GT2 RS scores a lap time of 6:40.3 minutes on the 20.6 km Nordschleife circuit without the T13 track section in October 2018. Manthey-Racing now offers MR packages for many Porsche GT models. 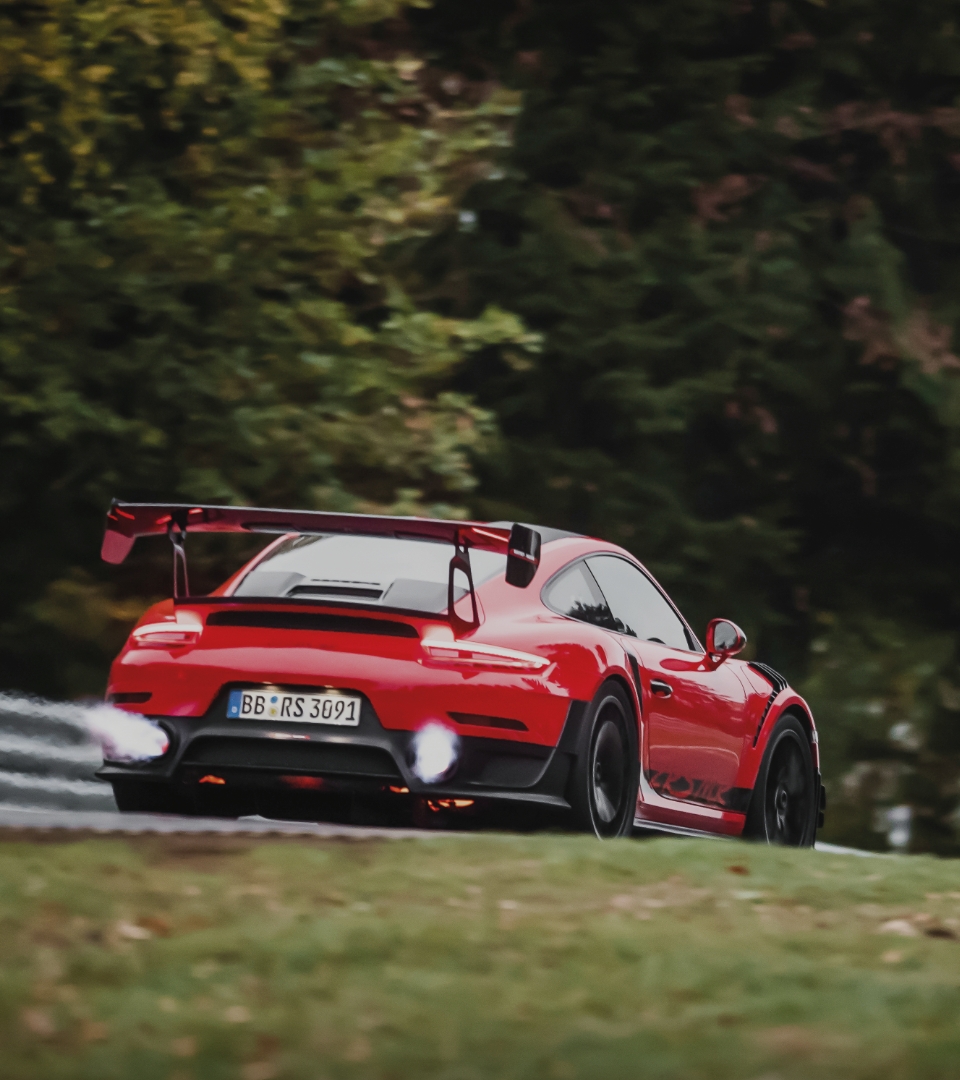 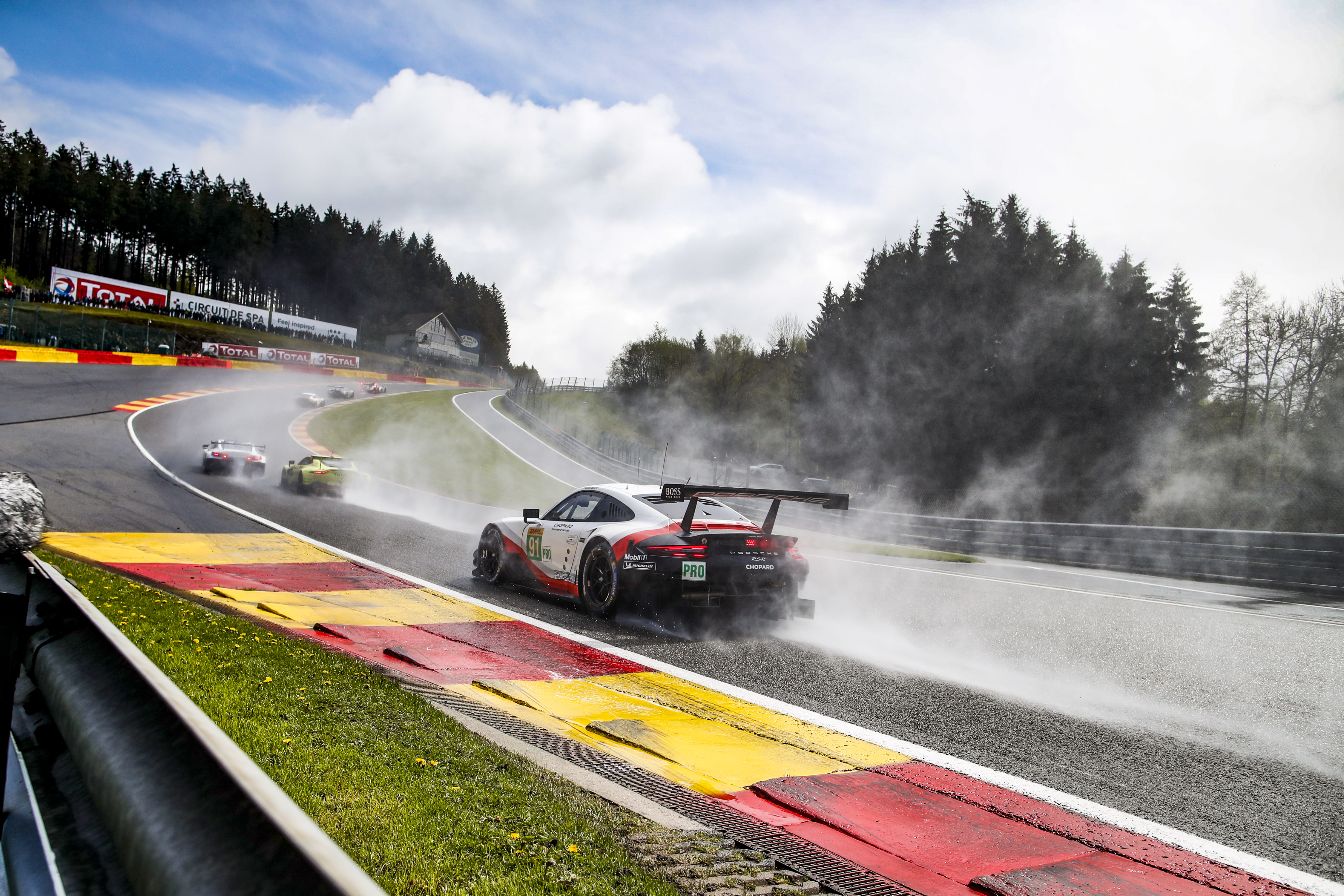 The Porsche GT Team couldn’t have completed the FIA WEC Super Season any better, holding an unassailable lead in the manufacturers’ standings even before the season finale in Le Mans. What’s more, Porsche works drivers Michael Christensen and Kévin Estre won the FIA World Endurance Driver’s Championship in the last race by delivering great performance from the starting flag though to the finish line. 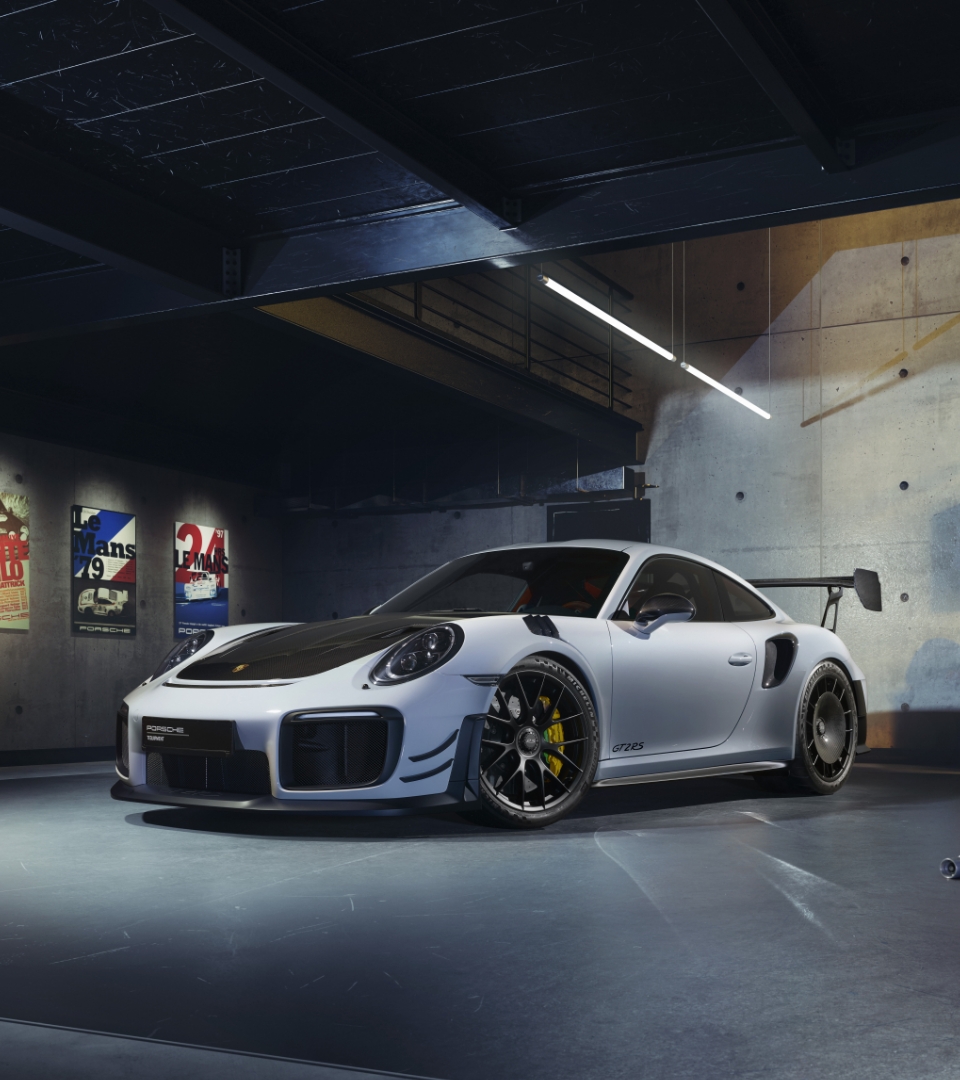 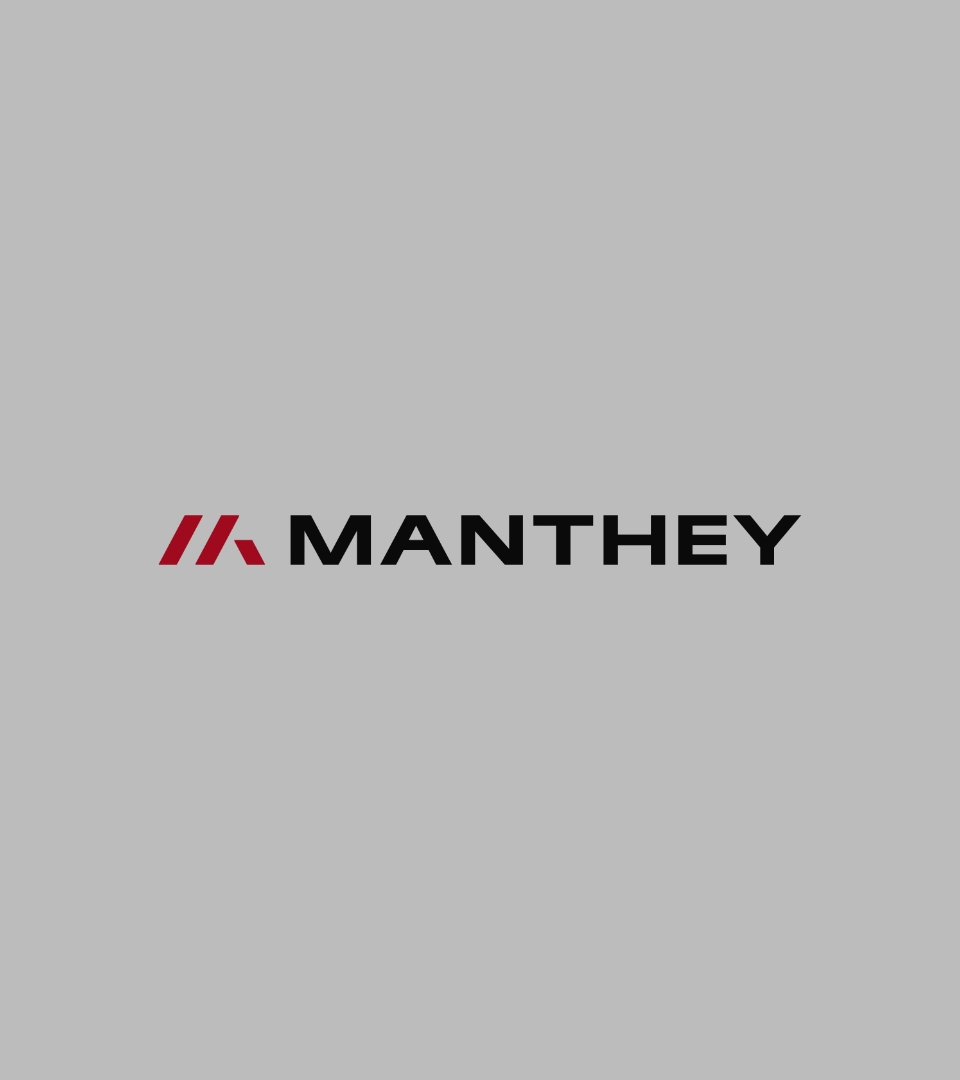 BIRTH OF A NEW BRAND

After 25 successful years on the national and international stage, the new Manthey brand replaces Manthey-Racing, but the Manthey-Racing GmbH company name stays the same. The relaunch is accompanied by a new logo, the mission statement ‘Closer to Perfection’ and the definition of the brand values.

The Porsche 911 GT3 R, with 911 as its starting number, secures a win in Manthey’s anniversary year. Kévin Estre, Michael Christensen and Matteo Cairoli come out on top in the 49th season of the classic Nürburgring endurance race, delivering the prestigious team’s seventh overall victory on the Green Hell track. 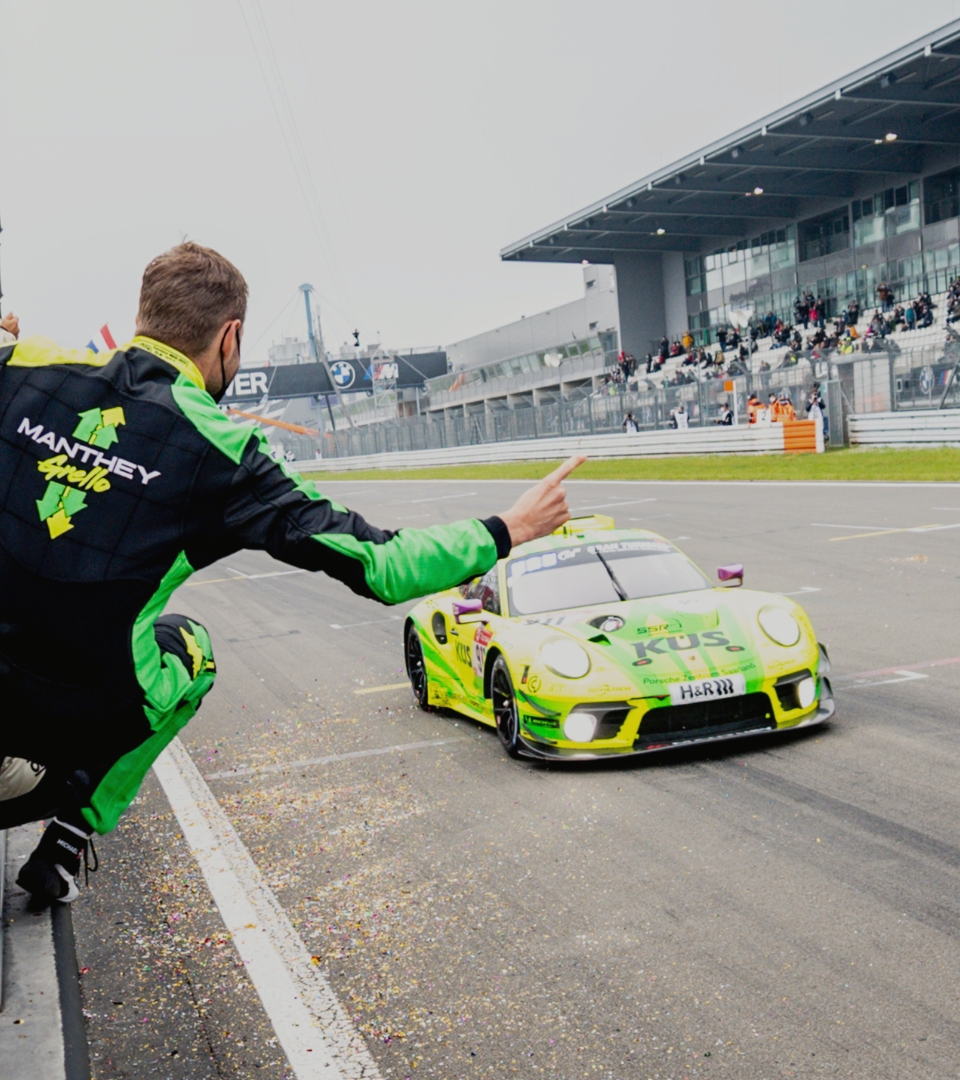 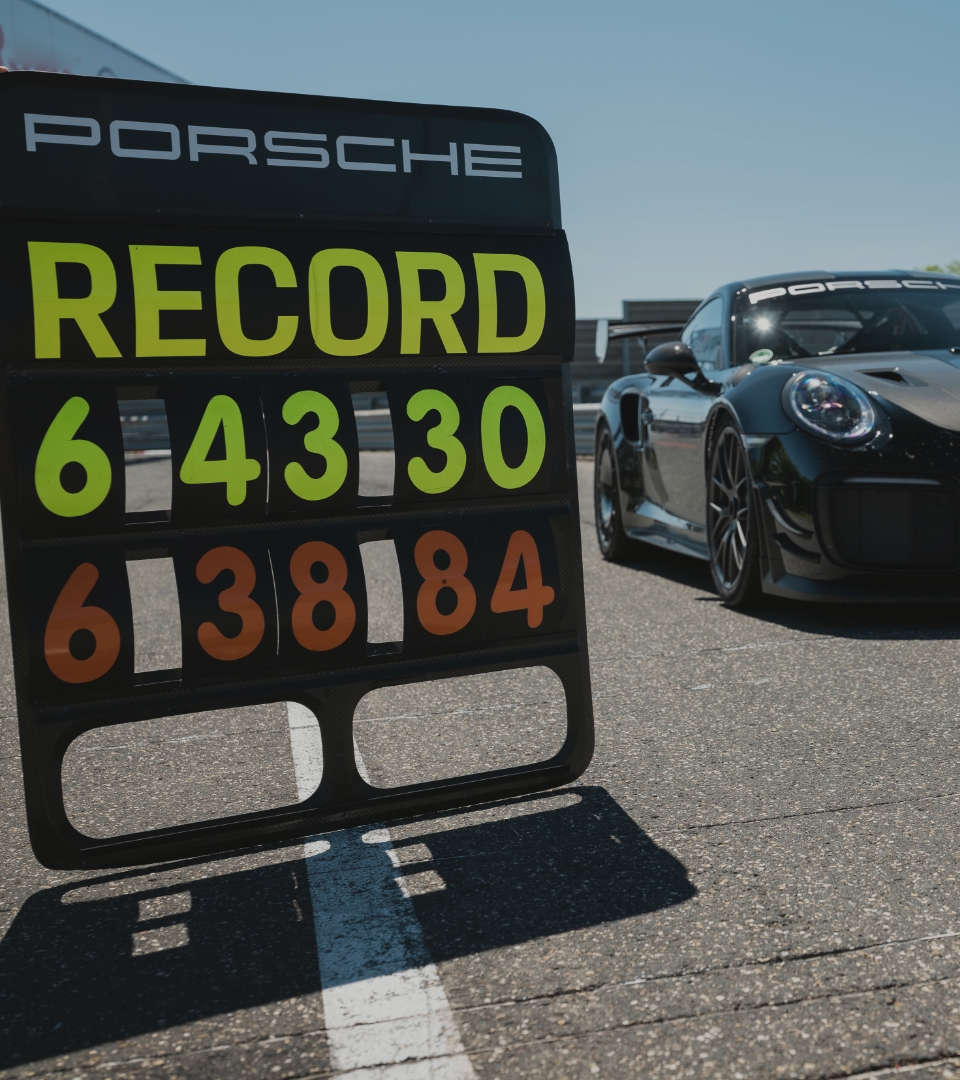 Porsche sets a new record on the Nürburgring Nordschleife in collaboration with Manthey. On 14 June, the 515 kW (700 hp) Porsche 911 GT2 RS with the Manthey Performance Kit laps the 20.8 km circuit in the presence of a notary in 6:43.300 minutes. The measured time for the 20.6 km-long lap without the T13 track section, which is the lap length primarily used in the past, is 6:38.835 minutes. This is the fastest ever lap of the Green Hell track in a road-legal car. The Porsche development driver Lars Kern is behind the wheel of the sports car. 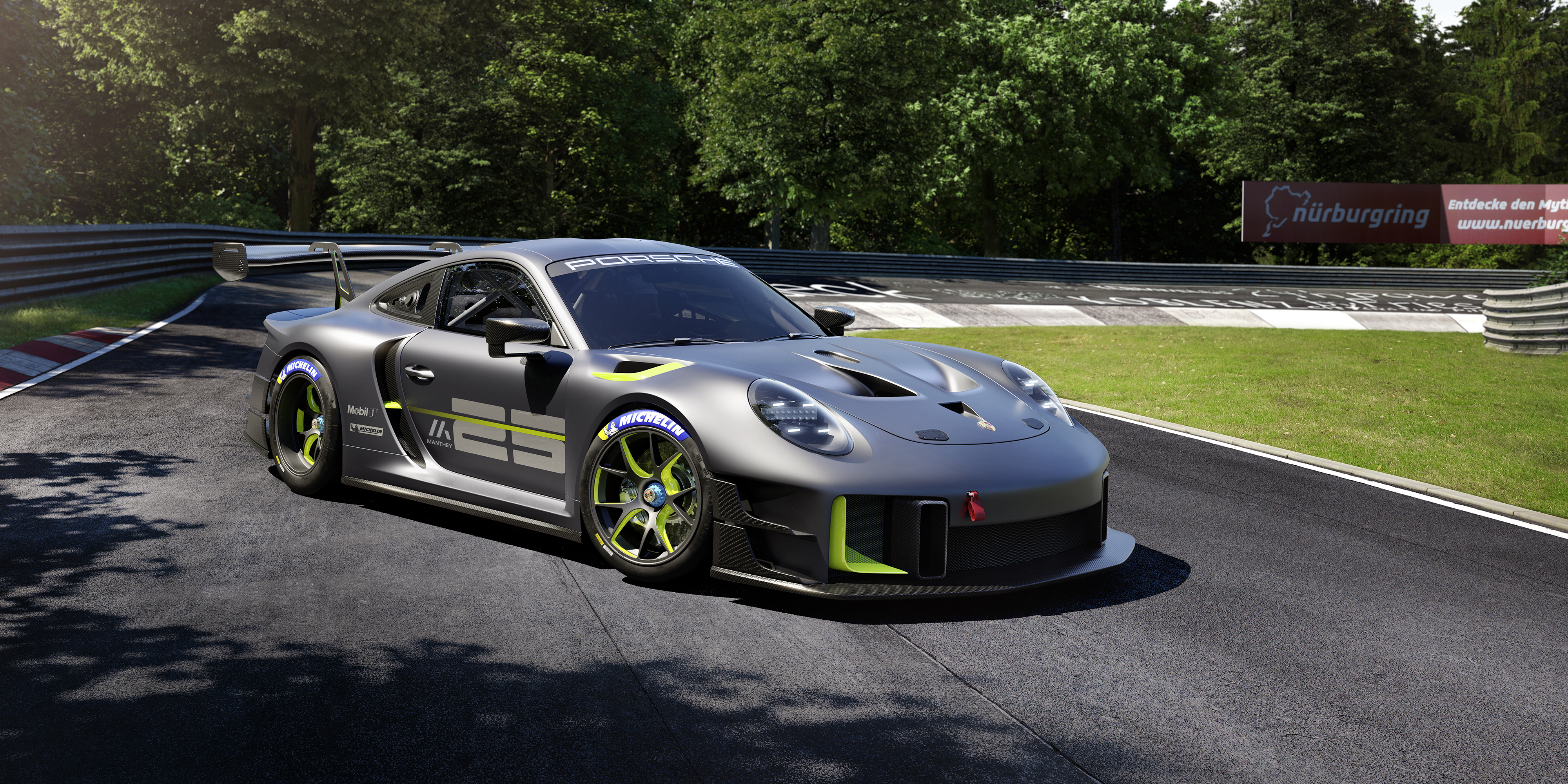 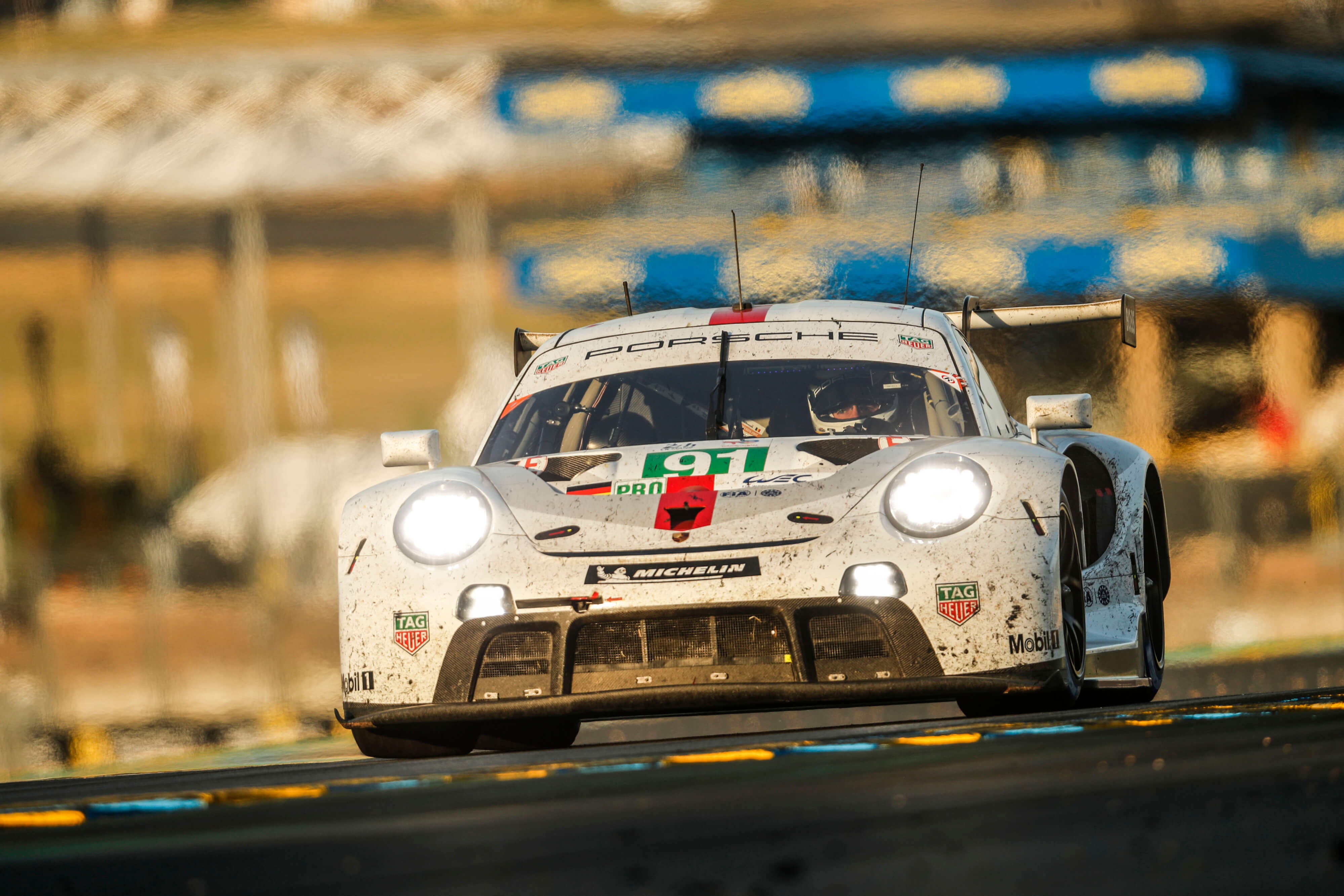 The Porsche GT Team celebrates its fourth victory overall in the GTE-Pro class of the endurance classic at the last outing of the Porsche 911 RSR at Le Mans. Works drivers Gianmaria Bruni, Richard Lietz and Frédéric Makowiecki crossed the finish line in first place at the end of an intense and thrilling 350-lap race. With 4,769 kilometres driven, the trio of car number 91 also set a new distance record for GTE cars.